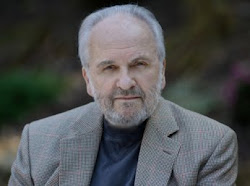 Tom McCann
Tom McCann is the author of the critically acclaimed best-selling nonfiction book An American Company: The Tragedy of United Fruit (Crown, 1976) and the novel Earth Angel, published in 2002, and The Tree Nobody Wanted, a Christmas Story published in 2007. He is also a playwright and has written several screenplays and teleplays. McCann is a television producer who has produced prime-time docudramas for both network and public television. He was born in Brooklyn and now lives in Boston.